The 50th Anniversary CSLA Conference that was just held in Rochester, NY provided yet another wonderful opportunity for congregational librarians to participate in educational sessions and network with others from across the country. The group was small, but very enthusiastic!

For the past six years and more, CSLA has struggled to maintain a base income to sustain itself. Membership has continually dropped during these years, as has conference attendance. For the past two years, bequests and memorials have filled in some gaps in finances, allowing CSLA to remain open.

Also within the above time period, it has been increasingly difficult to find members to serve in national leadership positions. People have remained in the same positions for years, rather than rotating off as scheduled, since no one has been found to take their place. In some cases, individuals held multiple positions in order to maintain service for CSLA members.

In 2016, the CSLA Board discussed the future of CSLA and possible options at its February meeting. At the July 13, 2017 Board meeting prior to this year’s conference, the Board came to the sad conclusion that CSLA can no longer exist, and made the decision to close CSLA in 2017. Per CSLA’s bylaws, a vote of the membership is not required to proceed with this action. The dissolution of CSLA was announced to the conference attendees at the beginning of the conference.

Donations of any size/amount would be greatly appreciated to help with the remaining closing costs of our Non-Profit CSLA Organization. Please click the link below to donate.

What this means for chapters

The chapter presidents and treasurers have been notified of this decision. Each chapter will need to decide if they wish to continue or not. If they do, all that needs to be done is to: 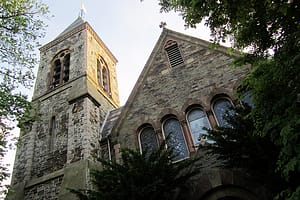 While CSLA still exists, its bylaws state that if a chapter dissolves, then its funds are sent to CSLA. Note, however, after CSLA dissolves, if a chapter continues, then the group can decide what to do with its funds.

If CSLA has any funds remaining after it dissolves, then those funds must go to an educational or religious non-profit organization per its bylaws. The Board selected the Center for the Book (http://www.read.gov/cfb/) as the designated recipient.

What this means for CSLA members

Members are encouraged to keep in touch with each other in the future, not only locally, but with those they have met at past conferences. During this last conference, once the shock had passed, attendees were engaged in discussing what could be done in the future to continue the great work that CSLA has accomplished during the past 50 years. Many ideas were mentioned, and the level of enthusiasm was high! Also, Harry Chan from Media Flex, a long-time supporter of CSLA, has indicated ongoing support to any congregational library wishing to join CongreGate (the union catalog for church libraries) or use the OPALS library system.

National members will soon be receiving a letter with this information, in case everyone does not access the website or belong to a chapter. If you have any questions or concerns, please contact Marcia Trauernicht by email: marciatmail@gmail.com or via cell phone at (585) 820-3292.